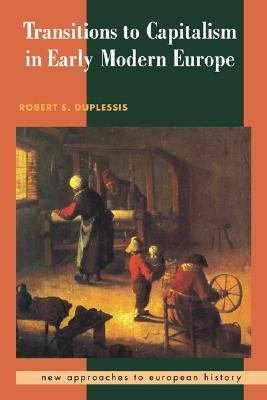 Between the end of the Middle Ages and the Industrial Revolution, the long-established structures and practices of European agriculture and industry were slowly, disparately, but profoundly transformed. Transitions to Capitalism in Early Modern Europe, first published in 1997, narrates and analyzes the diverse patterns of economic change that permanently modified rural and urban production, altered Europe's economy and geography, and gave birth to new social classes. Broad in chronological and geographical scope and explicitly comparative, the book introduces readers to a wealth of information drawn from thoughout Mediterranean, east-central, and western Europe, as well as to the classic interpretations and current debates and revisions. The study incorporates scholarship on topics such as the world economy and women's work, and it discusses at length the impact of the emergent capitalist order on Europe's working people.