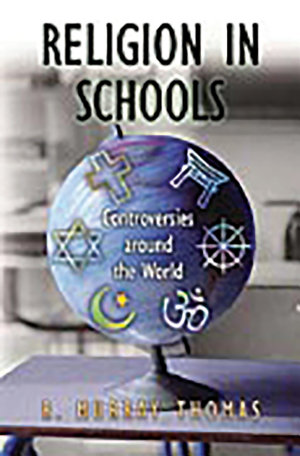 Many Americans may believe that religion in the schools is a controversial subject only in the United States. But around the world, the subject has gained widespread notoriety, media coverage, and attention from governing bodies, school administrations, and individuals. For instance, in France, a recent conflict erupted when a young girl wore a headscarf to her public school. In India, a panel was appointed to remove Hindu religious beliefs from high-school textbooks. In Pakistan, the government passed a law to make the curriculum of Islamic religious schools more secular in its approach. In the United States, debates abound regarding the Pledge of Allegiance, the posting of the Ten Commandments, prayer in school, and other familiar arguments. But why do these controversies exist? What prompts them? Why do certain conflicts arise and what attempts are made to deal with them? How have solutions fared? How are the controversies in one country similar to or different from those in another? Here, Thomas uses case examples from 12 countries from around the world, covering all the major world religions and all regions of the world, to examine and answer these questions. He reveals the complexities of the conflicts and shows what brought them about. For example, in France, the conflicts often arise out of that nation's desire to remain intensely secular. Using the case examples and applying a uniform approach to analyzing each country's particular focus on religion and the schools, he is able to show what these conflicts have in common, how well solutions have worked, and what may lie ahead. 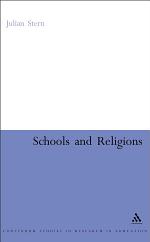 Authors: Julian Stern
Categories: Education
The link between schools and religions is an area of lively and passionate debate. In this meticulously researched volume, Julian Stern analyzes the role that religion can play in fostering communities in schools and its implications for social, cultural and political developments in both national and international contexts. Drawing heavily
Language: en
Pages: 134

Science and Religion in Schools

Authors: Millwood Education Trust
Categories: Education
The aim of the Science and Religion in Schools Project, the first major project of its kind, is to encourage the teaching in schools of issues concerning the debate between the claims of science and those of the major world religions. We want to stimulate open-minded discussion and to ensure 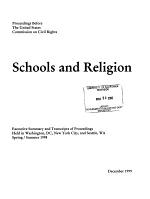 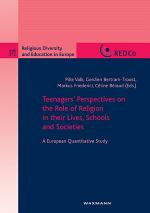 Teenagers’ Perspectives on the Role of Religion in their Lives, Schools and Societies. A European Quantitative Study

Authors: Pille Valk, Gerdien Bertram-Troost, Markus Friederici, Céline Béraud
Categories: Education
Religion is on the European agenda again. The secularisation paradigm has lost its explanatory power and the newly coined term ‘post-secularism’ is used to describe the realisation that in the current social transformation, religion cannot be ignored any longer. The quantitative study presented in this book is part of the 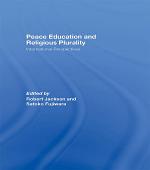 Authors: Robert Jackson, Satoko Fujiwara
Categories: Education
Does religion bring peace or war? In order to discuss this fundamental question, it is essential to reflect upon religious education that shapes the views of religion among young generations. This book has developed from the special panel on "Religious Education and Peace" for the 19th World Congress of the