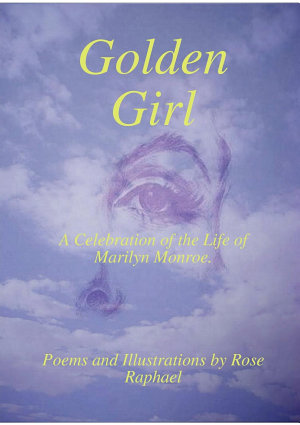 Golden Girl is a book of poems and illustrations created to celebrate the life and career of Marilyn Monroe. The poems were written between 2004 and 2008 and the drawings done between 1990 and 2008.Artist Statement:- I feel that entertainers and stars of Marilyn's calibre are important icons in our modern culture. Marilyn was unusual because of the degree of sensitivity and pain that she lived within and the courage she displayed in living on the knife-edge of intense feeling and emotion.Her light shone through everything she did on screen, and that is why she became so beloved of millions.This book is to honour her sweetness, her vibrancy and her essence.